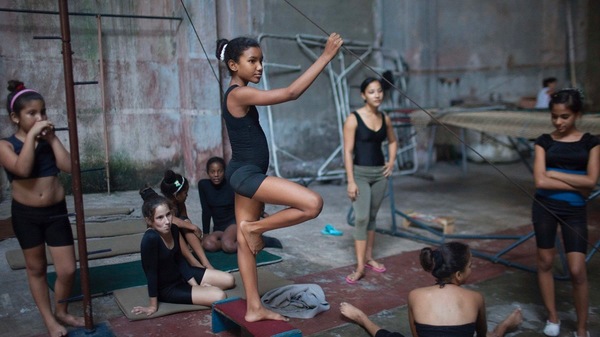 Children take a break during a training session at a circus school in Havana, October 7, 2014. Inside an abandoned movie theatre on a noisy avenue in a working-class section of Havana, some 70 Cuban children as young as nine pursue their dream of joining the circus. The circus is a lucrative career path and a rare opportunity for Cubans to make real money on the communist-led island. Picture taken October 7, 2014. REUTERS/Alexandre Meneghini (CUBA – Tags: SOCIETY) ORG XMIT: AMX04